What is Mesh and why does it matter? 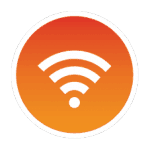 Geeks on Wheels provide wireless mesh routers that are the next step in modern Wi-Fi. A giant leap from the routers, Wi-Fi extenders and Powerline solutions that have traditionally been thought of as the best way to get whole house coverage. Until recently Wi-Fi routers have always been limited in location based on where phone jacks are in the house or where the ONT box was installed in your house if you have a fibre connection. This means that often the range of the Wi-Fi was not best used, meaning some rooms got full signal while others got none at all. In the past the best way to get around this issue was using a Wi-Fi extender unit or a Powerline adapter, but these technologies have serious drawbacks that mean that even if you boosted your Wi-Fi range the speeds were typically less than half that of the Wireless router.

A Wi-Fi extender unit was the go-to solution for poor range in the past and chances are if you have talked to your ISP about your bad Wi-Fi speeds or coverage in your home (especially after installing Ultrafast fibre), you likely received one of these to set up. The problems with Wi-Fi extenders are based on their design.

Simply put: A Wi-Fi extender takes an existing Wi-Fi connection and Broadcasts it again as another network in your home meaning that to have whole house coverage, you had to change which Wi-Fi network you were connected to based on where you were in the house manually. It also means that the new wireless network being broadcast by the extender was much slower than it should be as the extender can only transmit around 50% of the network speed it receives (at the distance from the router it is set up) as a new network over a short boost in range. This extra extender device also meant web requests had to go through more “hops” meaning data had to go back and forth more times to get back to you if you were on the Extender Wi-Fi network.

Powerline extenders acted in the same way only through a wired connection, a Powerline extender for those who are not familiar is a device that allows the electrical cabling in your house to be used as an ethernet cable for internet purposes, meaning you would plug one end in to a wall socket near your router and one in the room you needed Wi-Fi in, you would then set up the Powerline extender as a new Wi-Fi network specifically for that room or end of the house, meaning once again that users needed to manually connect and disconnect to different networks depending on where they were in the house. The drawbacks of an EOP or powerline extender related largely to the speed of the connection being limited by the quality of the electrical wiring in the house. Also, if for some reason the wiring in the room with the router is on a different electrical phase to the other area of the house this method of Wi-Fi extension would not work either.

So why are the solutions that Geeks on Wheels offer so much better for Wi-Fi in the home? 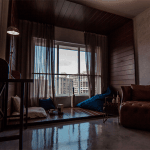 The products we utilise use Mesh technology for whole home Wi-Fi coverage. Mesh is a seamless Wireless technology that tells all units of the same type in your home to wirelessly distribute your network among them while all broadcasting the same Wireless network name. This means that you don’t have to manually change between Wireless networks in your home, the units do that for you. Mesh technology tells your wireless device, such as a Smartphone, Tablet or Laptop to choose the nearest unit with the strongest Wi-Fi automatically. Only one unit needs to be plugged in to your ADSL/VDSL router and the rest can be simply placed around your home to provide maximum coverage. Available as single devices or in packs of 2 or 3, the units can be configured using any Smartphone or tablet, for maximum strength specific to your home environment. The Units simply need to be plugged in to power and placed around the home, no wiring or configuring individual devices is required, simply all devices can be maintained from your smartphone.

As well as extremely effective wireless connectivity and range the solutions provide personalised parental controls for different family members/guests and other Wi-Fi users.

In the past, parental controls have typically been limited in one of two ways.

a.) The parental control software runs on the computer, not at the router

Parental control software running at the computer level can often be bypassed by simply disabling the program with the task manager. A quick Google search will often show how this is done, meaning this type of parental control is not entirely effective.

b.) The parental controls run at the router but are not customisable for individual users.

In the past parental controls have often been defined for all Wi-Fi users and not been applicable to specific Phones, Tablets or Computers in the household. This means that if your parental controls are defined to block the internet at a certain time or specific websites or types of conten

t then the controls apply to all users. This means that parents have had to have the same rules applied to their computers as their children. This is made easy by allowing you to define devices as part of a user’s profile and making only those devices subject to specific rules, meaning you can enable different rules for different members of the family, ie; an internet cut-off time for young children that does not apply to adults.

Security before dangerous content even makes its way to a Wireless device. 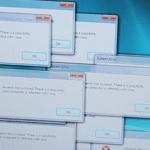 products Geeks on Wheels provide have a free Trend Micro Antivirus built in to them, this means that content is filtered and checked for malicious links at the router level, providing an extra layer of security to your network. Threats can be avoided before they even appear on Phones, Tablets or Laptops, meaning your family can be safer online.

Want to know more about how Mesh technology can give you the WiFi speeds and WiFi coverage you’ve been looking for from your internet connection, give Geeks on Wheels a call on 0800424335 or book a Geek online at https://www.geeksonwheels.co.nz/contact/book-a-geek/ today. Our Geeks can personally set up your network for maximum coverage and train you on how to be a master of Parental controls all from your smartphone!