Are you a Star Trek fan? No? Well, no matter, you will still be blown away by the latest update from Google! In their latest version of Google Translate (available for Android, and iPhone/iPad), you now have access to a Universal Translator!
Google Translate has already been a fantastic and accurate app for translating text you input from one language to many other languages. However, they have upped the ante with two new features.

Firstly is the “Universal Translator”. If you need to converse with someone, for example in French, you can select English and French in the app, and begin speaking. Translate will detect which language is being spoken, then translate and dictate to the other person in their language. This allows for a fluid conversation letting you really cross the language barrier!

The second feature is the “Word Lens”. Using your device’s camera, you are now able to point at text in another language (for example, a street sign), and it will translate and replace the text on the camera image itself. Try this feature out by Googling “Street Signs Russian”, or similar, and using the app. Now you don’t have to worry about having arguments with your partner over directions!

Another point worth noting is that both the Universal Translator and Word Lens are available offline. So, if you are travelling the world and do not have access to the Internet, you can still use these features!

The Word Lens feature is currently only available for: French, German, Italian, Portuguese, Russian, and Spanish. But more languages are on the way. Happy Translating!

Here is an example of using “Word Lens” on a Russian sign: 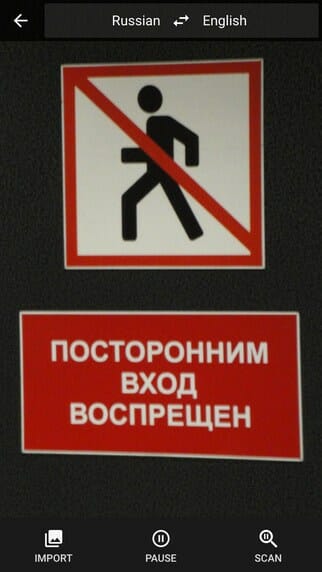 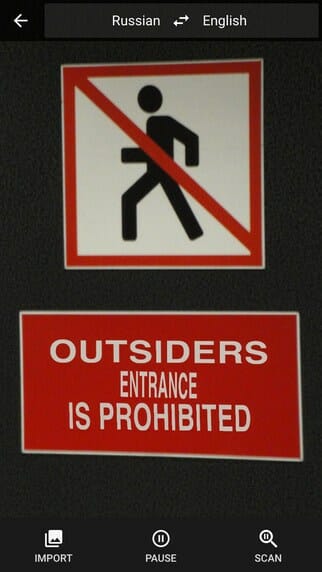